Guapa is the story of Rasa, a young man in an unnamed Arab country. In the first pages he awakens to recall the disastrous night before, when his grandmother caught him in bed with another man in the apartment he shares with her. How men who love other men make lives for themselves in Middle Eastern countries is inseparable in the novel, however, from wider social and political questions. Rasa has been involved in huge protests against the dictatorial president as part of his country’s Arab Spring. For a short, optimistic period real freedom seemed possible. But the decline of those protests has left behind it a choice between the regime and an Islamist opposition, both repressive in their different ways.

by Timberlake Wertenbaker at the National Theatre, tickets from £15 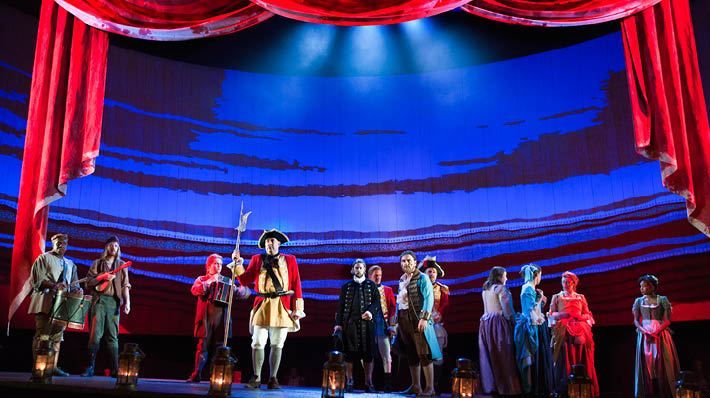 I can’t say that I enjoyed Our Country’s Good, and I think the basic problem is the play’s politics. It’s a worthy liberal play, its primary theme the rehabilitation of criminals and the redemptive power of art. It’s reasonably well written, and at the National Theatre it’s well acted. And yet…